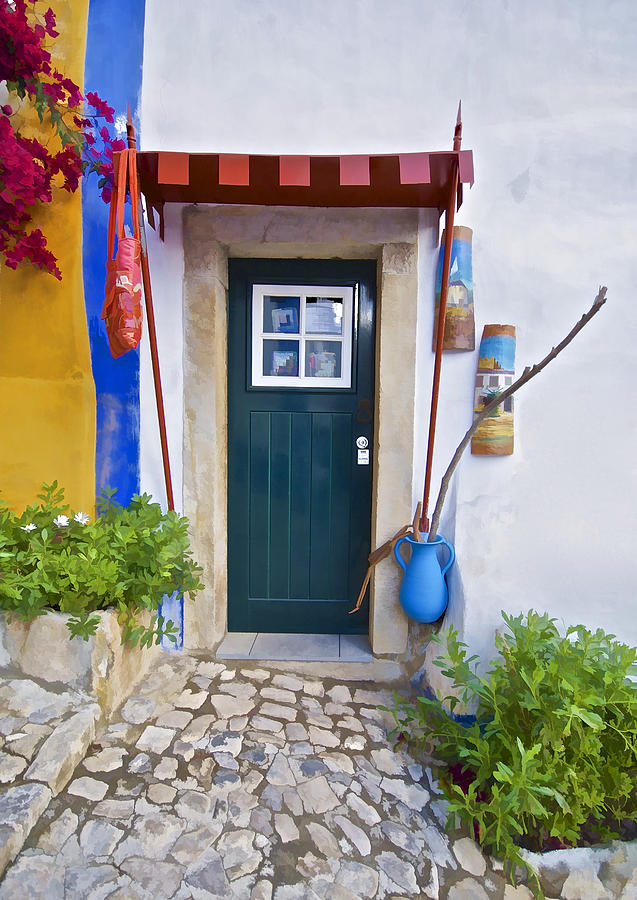 Obidos has always been a fortified town since its formation by the Romans. The defenses were greatly enhanced after the 12th century Christian conquest with the walls built to withstand long sieges and mighty the citadel to enforce control of the population. Visitors to Obidos will discover that the town is more than just a fortified town, it is a place of beauty, which arose from the single most import event in Obidos history. The town was a wedding gift from a king to his beloved wife.

The magnificent medieval walled town of Obidos is known as the Town of Queens because of a tradition in which kings used to offer the place to their wives.

Congratulations - Your beautiful artwork has been featured in the "Travel Art" gallery at Fine Art America! For further promotion, you can post it to the specific Travel Destinations galleries, our Facebook group and our Pinterest board - all the links are provided on our group's homepage: https://fineartamerica.com/groups/1-travel-art.html ** Want to post on our group's blog: travelartpix.com? Check the group's homepage for details!

Congratulations on your feature in the Fine Art America Group "Images That Excite You!"